This September, as we think about all the things we want to achieve, all the new goals and checks to our bucket list we want to make, we’re also like, “Maannnn, I wish I could get out of here.” Then we’re like: “Where would we go?” Then we’re like: “What would we eat there? What would we drink?” And duh what would we learn, too, but you can’t learn if you’re not eating and drinking. Then we come back to reality and realize that our vacay budget is done and spent. But the fact that our toes won’t be touching down on foreign soil any time soon is no reason that our tastebuds can’t take a little trip. So guess what? We’re going on a cocktail cruise around the world. Well not a cruise, but, alliteration. A cocktail campaign? A cocktail caravan? Whatever you want to call it, we’re making cocktails from Cuba first, okay? Because it’s still hot enough to enjoy rum and because we are really sick of rosé.

Here are the ways we’re mixin’, shakin’, and sipping rum this September.

Eddie Woelke was this German bartender during the beginning of prohibition who lived and worked at The Biltmore Hotel in NYC, and then, because of prohibition, totes moved to Havana and helped open the Sevilla-Biltmore Hotel. His cocktail the El Presidente took Cuba by storm (but then got totally ruined by people who made it painfully sweet). So we went a’searchin’ for a version we loved, and we found it at LES bar Cienfuegos, where they’ve been mixin’ Cuban concoctions for years. Their recipe uses a homemade pomegranate grenadine that makes the cocktail more tart than sweet. You guys: How cool will it be to tell your guests you made the pomegranate grenadine? You’re so artisanal. 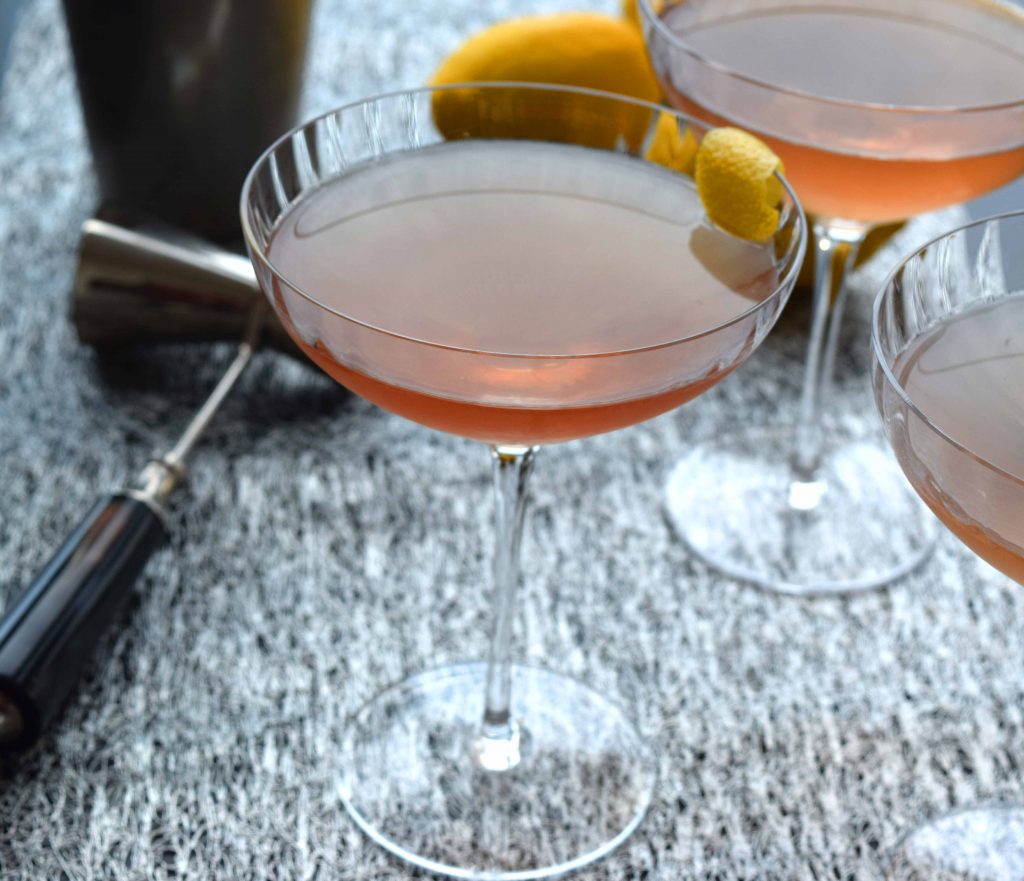 Punch has existed from the beginning of time. Okay, since 1630 (when the first English written reference to it appeared in print (nerd fact!)). What’s punch, technically? It’s liquor, water (or tonic, soda, etc.), citrus, sweetener, and spice.

We looked for punch inspiration in the recipe files of Hotel Nacional de Cuba, AKA da Prohibition hangout for famous politicians, mob bosses, and starlets. Maybe we’re not super dangerous and risking our lives to drink it, but we are pumped to make this punch for our next party.

Hint: Always use large ice cubes in punch bowls in order to slow down the dilution of the mixture. Fill three large take out containers with water and freeze. When putting the punch mixture into the large punch bowl, pop our 2 cubes to keep cool. Add the 3rd after a couple of hours. 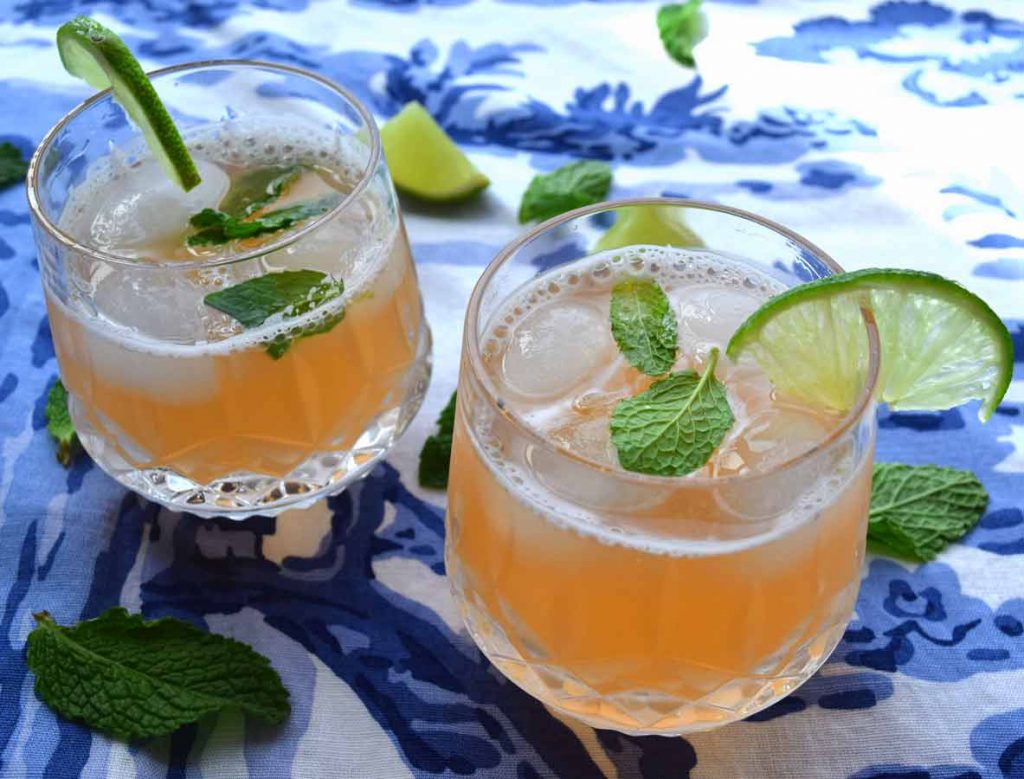 The mojito is the most iconic Cuban drink, at least stateside. The minty fresh lime concoction is a perfect sunset sipper. Here in NYC, Audrey Saunders of the chic Pegu Club in SoHo has gained notoriety for her twist on the classic, kicked up a notch with bitters and champagne. Get mixin’! 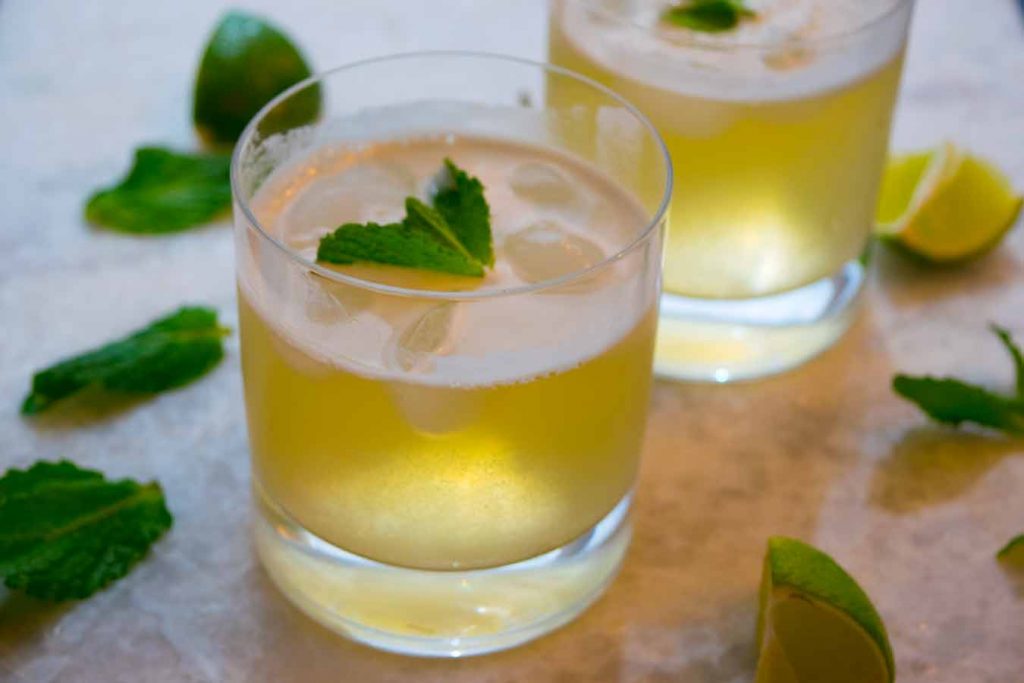 Want more Sauce? Check out all The Sauce recipes and inspiration here.